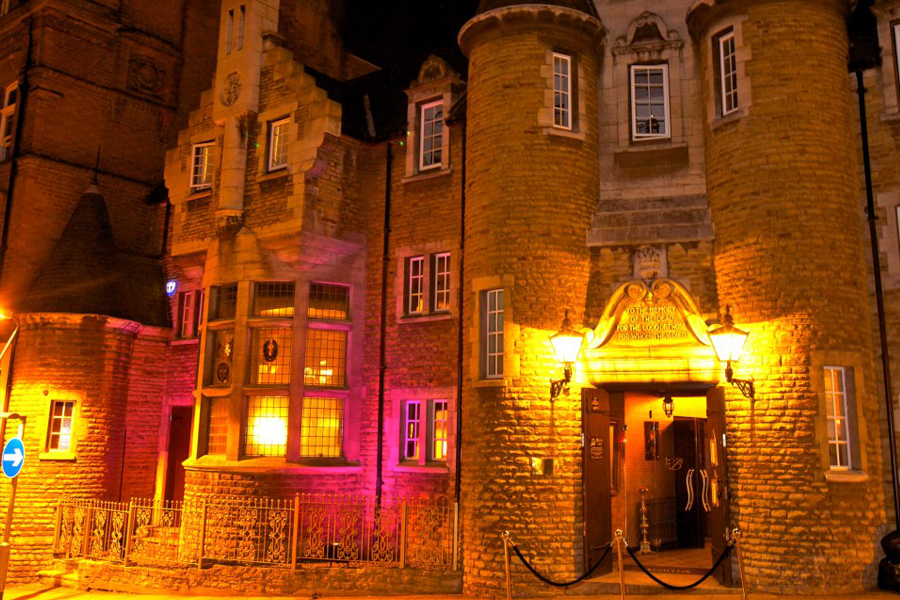 Located in the heart of the cultural district, Borjia is pretty difficult to miss – it is the only building on the street that looks like a castle. So let us explain the reason it looks like a castle first and foremost. Built almost 100 years ago, this architectural oddity was built as a memorial for Ralph Taylor, a second Lieutenant who served in the Northamptonshire Regiment and died at the battle of Somme.

The building is now home to one of Northampton’s more popular late night venues for partying. Opening up back in 2012, the building is owned by interior designer James Smith and Paul Clarke, as known as DJ Dougal in the international rave circuit and is the younger of the two cocktail bars and late night venues found down Castilian Street, with the other being Sazeracs.

In the gent’s eyes, there are certain prerequisites which have to be met in order for us to enjoy a bar; the venue, the atmosphere, the crowd, the music and importantly, the drinks.

Borjia’s interior is just as striking as its unique exterior; however the castle theme begins and ends outside. Personally designed and overseen by James Smith, the tastefully decorated inside in the day is elegant and inviting; the large room is filled with unique, classic furniture including plush leather sofas, antique tables and huge chandeliers making which is an ideal setting to enjoy a cocktail and some tapas in the early evening.

Once the sun sets, the bar really comes into its own. Borjia emit a completely different vibe at night, transforming instantly from its relaxed, chilled daytime setting to a sleek, stylish and busy night time party spot. The interior’s quirky design shows the level of detail Smith paid into creating a distinctive look for Borjia – it is the only washroom these gents have visited that have alligator leather clad facilities. 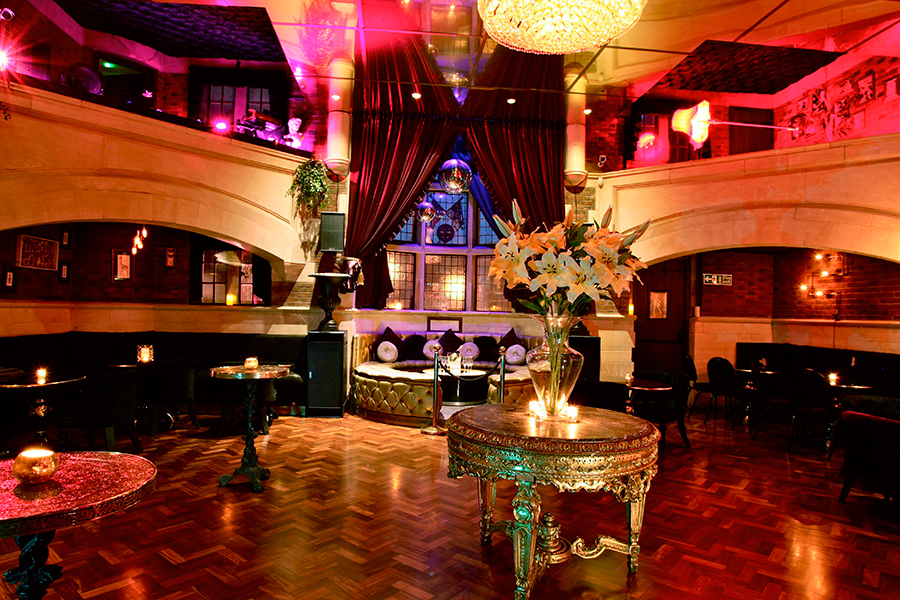 Having a cool looking bar is all well and good, but if there is no atmosphere then there is only so far having quirky fixtures and fittings can go. In the early evening when the bar serves a selection of Tapas and drinks, it is laid back and relaxed. The friendly staff are attentive and take orders with a smile which is always a decisive factor.

At night, the bar becomes much busier as music and people fill the room. Even at its busiest, the atmosphere in Borjia is still pleasant, with the crowds enjoying the drinks and music. Saturday is certainly the busier of the weekend nights and some smooth evasive manoeuvres are needed to navigate around the floor, especially around the bar area. Due to the nature of the drinks being served, that being a large amount of cocktails, and with only the one bar, you can expect a wait to get served. Fortunately, the bar staff are lively and good-humoured so they are able to alleviate some of the pains of the delay.

Borjia is aimed at an older age of clientele, with the vast majority of the bar being filled on the weekends with the 25+ crowd. By steering away from offering cheap drinks deals, the bar has tried to cater to a more upmarket crowd and chances are you will not see a student in sight. For the most part, the crowd is filled with those who have grown out of the nightlife available on Bridge Street but still wish to go out and party in a more stylish setting. In keeping with this desire to keep the bar and its patrons fashionable, the club operate a strict ‘no sportswear’ policy at the door, with smart casual being the norm. 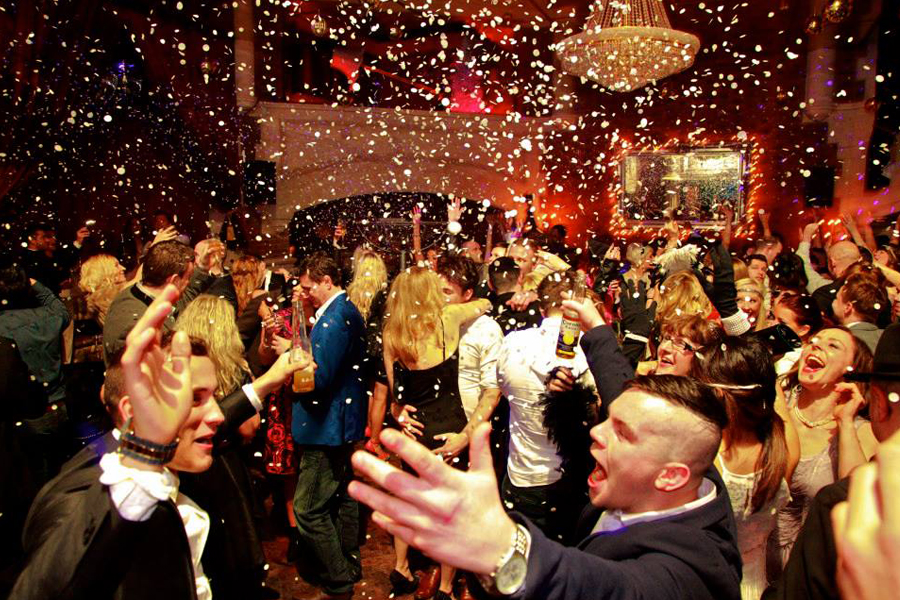 Music is a big one. Get it right and an bar can be electric. Get it wrong and even the best bar will see tumbleweed crossing the empty dancefloor. The music in Borjia is typically pop; a combination of popular R&B, house and dance. Considering the setting, the music works well and is energetic enough to get people dancing without being so niche as to alienate anyone.

Out of the list, this one is may be one of the most important factors which must be considered. Borjia prides itself on offering a good selection of cocktails and when it comes to cocktails, it is safe to say we are pretty discerning. Cocktail prices start off around the £7 mark and cover a large range of classic cocktails, including martinis, bellinis and mojitos. A personal favourite and one we would recommend if you frequent the bar is their old fashioneds. As mentioned, Borjia’s bar can get pretty busy, especially on a Saturday, and one of the primary reasons is due to the bartenders not rushing the cocktails. Whilst the wait can sometimes be slightly unpleasant, you will appreciate the fact that your drink will not have been rushed. Should the idea of waiting in a bustling crowd put you off visiting, the bar does also offer a table service. 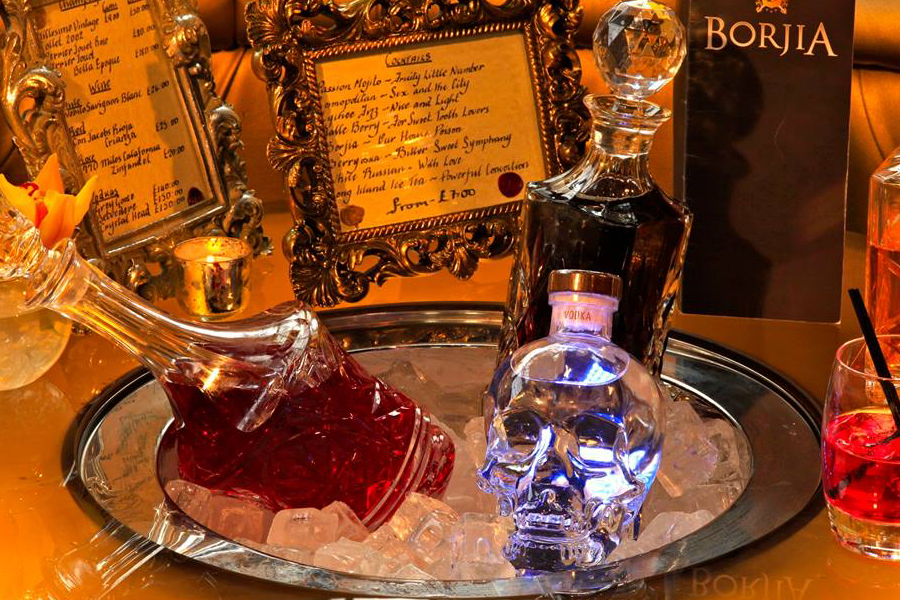 Out of the selection of Northampton’s nightlife, Borjia is certainly one of our preferred locations. The atmosphere is enjoyable and on a Saturday night you can be sure that there is always a buzz in the air. The bar opens at 17:30 serving cocktails and tapas until 21:30, after which time the bar opens in earnest for the night. The bar is open until 3:00am but tends to peak at 1.30am. With its quirky, unique interior and great party atmosphere, it is certainly one place we can recommend paying a visit to if you are looking to enjoy some cocktails and dance the night away. When it comes to late night revelry, few do it as well in Northampton as Borjia.