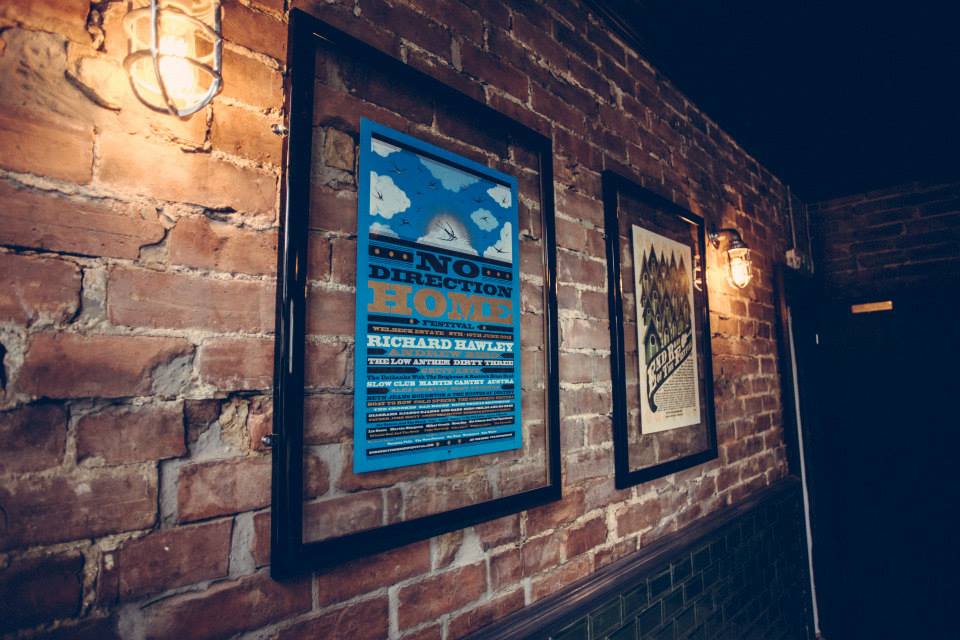 A bank holiday weekend, is there any sweeter sound? Three glorious days, unspoiled by the woes of work. They truly are few and far between gents, which is why when a weekend of such promise appears, it must be celebrated and enjoyed. The question is what will you be up to this weekend? Well if you are still deciding, allow us to make a rather spectacular suggestion. The good folks at the Garibaldi Hotel (here’s our review in case you are yet to read) are hosting their first ale and cider festival, and looking at the selection of brews, food and live music on offer, it is looking to be something very special.

As you may well know by now, the Garibaldi Hotel knows their beers. They have the largest selection of craft beers available in Northampton, both bottled and on tap, as well as consistently bringing in an ever changing range of real ales from local suppliers. They recently held their first ‘Meet the Brewer’ event which featured beers from the Phipps NBC as well as serving up some of the best burgers Northampton has to offer. And if that was not enough, they are also the only pub in Northampton which we know of where a gent can enjoy a rousing game of ping pong. 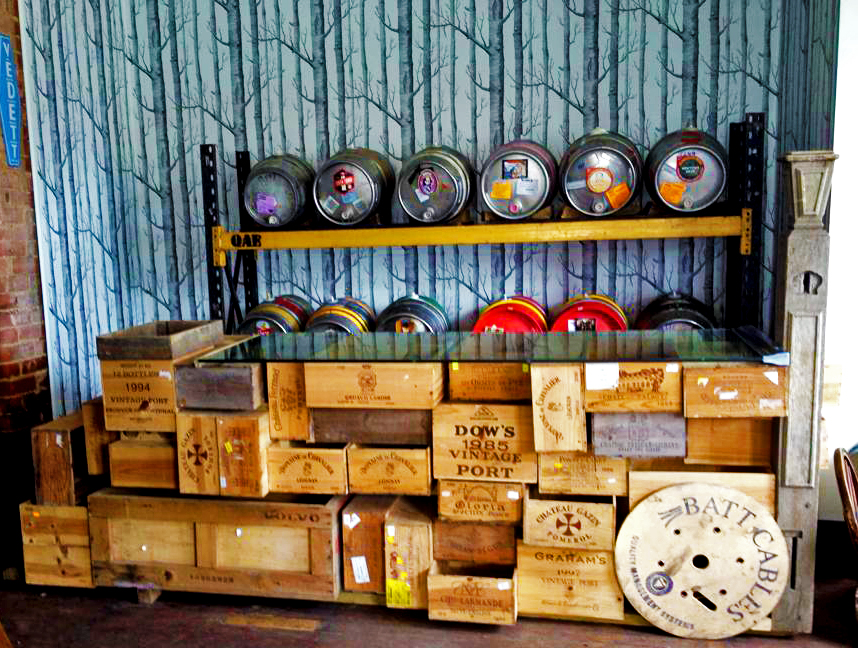 So when they say they are running a beer festival, it is safe to assume that there will not be any half measures (see what we did there). The craft beer and real ale pub are pulling out all the stops, bringing a varied selection of beers and ciders from across the country to Northampton’s doorstep. As well as featuring breweries from further afield, the Garibaldi Hotel will also be including some local brews.

For the gent with a discerning beer palate, you are truly in luck. The Garibaldi Hotel has 12 different ales available from some of the best breweries in the country as well as 6 different ciders. Ales are priced from £3 a pint and £1.50 for a half whilst cider is £3.50 a pint and £1.75 for a half.

Looking at some of the beers, it is safe to say we are rather excited as to what is to come:

Adnams / Camden Town Brewery – South town 4.9%
The beer that the Northampton Gent is perhaps most excited for is South Town, a limited-edition cask beer created by a collaboration of Adnams and Camden Town Brewery. Why are we so excited? Well, both of these breweries are well known for creating incredible beers and Camden Town’s Pale Ale is one of our favourite beers. The South Town Red Ale was developed jointly by Adnams Master Brewer Fergus Fitzgerald and Camden Town’s Master Brewer Alex Troncoso. The result? An incredible beer made with a selection of Australian hops varieties which gives the beer aromas of sun-kissed peaches, tropical fruit and lychees. The use of golden naked oats and malted Rye means the beer is rich, smooth.

We would strongly suggest you treat yourself to one (or two, three etc).

Backyard Brewhouse – George 4.2%
Heralding from Walsall, the micro-brewery ran by two inspired individuals, Austen Morgan and Michael Bates, has been gaining national acclaim for creating innovative and exciting ales. Winners of the national SIBA award for Gold and regional SIBA award for their Gold, IPA and the Hoard has made this little brewery a popular choice amongst ale connoisseurs. The Garibaldi Hotel will be serving up Backyard guest ale ‘George’, a wonderful English bitter. Certainly one we’d recommend.

Camerons – White rabbit 4.4%
Found near the coast of Hartlepool, Camerons have been brewing for since 1865 and is well known across the country for ‘Strongarm’, its distinctive, ruby red bitter. The Garibaldi Hotel will be serving up White Rabbit to discerning drinkers; a pale straw coloured ale with a distinctive citrus grapefruit aroma giving a fruity, bitter flavour.

Ramsbury – Gold 4.5%
Found in the idyllic countryside of Wiltshire can be found the Ramsbury brewery. Their signature Gold brew is produced by blending pale ale malt, crystal malt and a small amount of torrified wheat, plus Golding and Celeia hops, creating a distinctly light hoppy aroma and taste.

Whistling kite Brewery -Trench dog 4.2% & Eleanors Ise 4.2%
Located closer to home, this Kettering brewery started brewing in 2013 and will have two of their beers featured over the weekend at The Garibaldi Hotel. Eleanors Ise is a pale golden ale with gentle saaz hops whilst the trend dog is a traditional copper ale with a bit of a bite.

Nobby’s – Wet Spell 4.2%
Another local favourite, Nobbys brewery is based in Guilsborough and is well known amongst the community for creating brilliant ales. Over the bank holiday, patrons will be able to sample their golden, well balanced bitter, Wet Spell.

Oldershaw – Heavenly Blonde 3.8% and Newtons Drop 4.1%
The Lincolnshire micro-brewery has been running since 1996 and is ran by Kathy and Tim Britton. Over the years, the brewery’s beer has on both CAMRA and SIBA awards and is known for producing high quality real beer. Their heavenly blonde is a pale blonde beer packed with zesty tropical fruits with a crisp, dry finish. Newton’s Drop is a copper bronze bitter that uses caramel and roasted nut malts and grassy hops for a lasting bitter finish.

Salopian – Darwins Origin 4.3%
Located in the heart of Shropshire, Salopian Brewery is renowned for adopting a more continental approach to creating their beers. Darwins Origin is an interesting and eclectic mix of hops from across the world, which when blended together is accessible to everyone. Crisp, tart, fruity and refreshing but with a juicy malt background, this is one we would suggest that for the beer beginners, this is a good one to ease yourself in with.

Purity – Mad Goose 4.2%
Another Northampton Gent favourite, this Warwickshire brewery is quickly becoming one of the most popular craft beer producers in the whole of the UK. With a whole host of awards to their name (too many for us to put on here), the brewery creates delicious beers that we would encourage any gent to try. On offer over the bank holiday will be Mad Goose, brewed with English Maris Otter, Caragold and Wheat malts with Hallertau Northern Brewer bittering hops and Cascade and Willamette aroma hops. What this means is a zesty pale ale with a smooth and citrusy finish.

Gentleman, make sure you try this.

Whole hop – Fool Hardy 3.8%
Having been run by the McMullen’s since 1827, the long established Hertfordshire brewery is ran by Head Brewer, Chris Evans and creates fresh, real beer from their custom built brewery. The Fool Hardy beer is brewed from malted barley and crystal malts with a careful blend of Golding and Fuggle hops, giving the beer notes of citrus and berry. 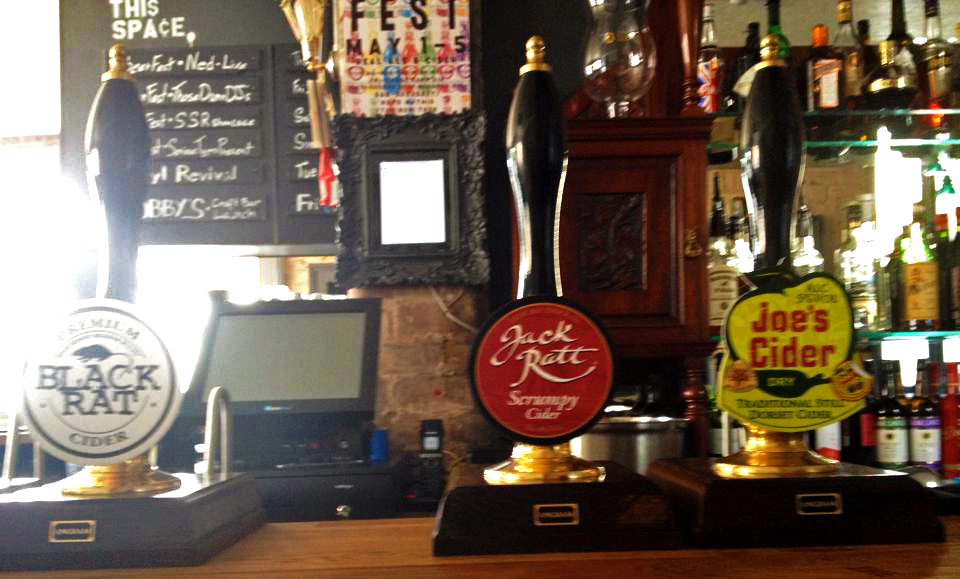 The pub has also carefully selected a range of interesting ciders which are certainly worthy of note:

Black Rat cider 6%
A medium, premium blend hailing from Wiltshire, this cider has a cloudy appearance and is full of flavour. It is smooth with a crisp finish and a bright and lightly sparkling appearance. It is also suitable for those vegetarian gents amongst us.

Jack Ratt Scrumpy cider 6%
Winner of the 3 star gold award at the Great Taste Awards 2009, the Jack Ratt Scrumpy is a clear, medium filtered cider with a medium taste. Certainly a fine tipple for any gent who enjoys their cider.

Joes cider Still 5%
The traditional dry Dorset cider is clear with a dry taste and is best served over ice.

Black Dragon Medium dry cider 7.2%
Having been matured in oak barrels, this medium dry cider is rich in colour body and flavour, with a fresh, fruity aroma. At 7.2%, it packs a rather substantial punch as well.

Hairy Ferret Cherry Scrumpy cider 4%
For those with a bit of a sweeter palate, this medium sweet scrumpy is blended with cherry juice, causing the cider to take on a red appearance.

Thistly cross Ginger root cider 4%
An interesting cider with a range of flavours, this clear, medium cider is blended with fresh ginger to produce something quite unique and different.

With so much fine beer and cider on offer, revelry is assured. And to add to the festivities, the Garibaldi has scoured the Northampton and the UK for some fine musical talent. Each gig starts around 8.30/9pm and entry is free.

The Thursday night will play host to ‘Ned the kids Dylan’ and ‘Doozer Mcdooze’. Ned the kids Dylan is a 13 year old acoustic punk artist from Northampton who is sure to bring noise and energy to the whole affair. Doozer Mcdooze is a singer/songwriter from Essex, who is known for bringing music no matter where he goes (squats, car parks, queues… you name it). Both acts are guaranteed to bring something unique and special to the opening night of the beer festival.

Friday will feature another local talent; the funk driven duo of Matt and J; better known as ‘Those damn Djs’. Known for mixing just about anything, the pair describe themselves as:

“Arriving on Earth with an arsenal of new World Technology and Equipped with an artillery of music forged right at the source of Planet Funks sacred Funk Fountain, they have embarked on an  infinite Journey and launched a full scale assault on the human senses.”

If that doesn’t tell you everything you need to know, then we suggest heading down on the Friday and experiencing them first hand.

Saturday includes the musical genius of Second Step Records DJ who will be playing deep, dark, dubby, grooving beats from the best underground producers around.

And on Sunday, three live bands from Brighton will take to the stage. Originating from Northampton and currently residing in Bristol, Broadbay is made up of James Willett, Bill Wood and James Ralph and play grunge and lo-fi. Noyo Mathis formed in 2011 and are made up on three gentlemen; Jamie Savill, Toby Savill and Daniel England. Known for playing indie that bring equal amounts of intricate technical talent with powerful rock, the band are sure to bring a level of energy to the event. And last but by no means least, The New Tusk will be performing. Made up of three individuals; Seboa, Nate and Munx, the band is known for playing lo-fi punk.

With such a wide and diverse range of brilliant tipples and live music on offer, it is impossible to have read this far down this article and not feel excited or thirsty. To accompany the event, the Mouton Pie Company will be on hand, serving up a selection of delicious pork pies to ensure that the gents of Northampton are kept well fed.

Spectacular brews, live music and local food, it really is a gents dream. The beer festival starts from 4pm Thursday evening and runs over the entire bank holiday, ended on Monday evening. If you haven’t got plans, go. If you have got plans for the weekend, cancel them and go. 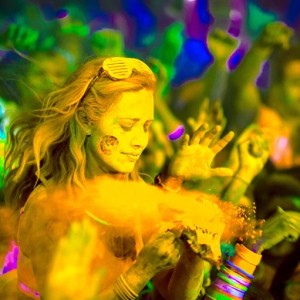 Blacklight Run™: Running and raving in the dark