The summer is officially here gentlemen! We have had the warmest day of the year, a week of scorching sunshine and festival season is in full swing. So what is it that a gent needs to accompany this wonderful time of the year? Well besides from a cool craft beer, what any self respecting gent needs is the tunes that are going to be taking over dance floors for the next few months. Fear not sirs, for we have you covered with this rather handy list. After endless hours of scouring music and with one toe dipped into the mainstream pool, we have sourced the hottest remixes of the biggest summer tracks.

With the house music scene exploding across party destinations all over the globe, as well as getting major radio play and being blasted out of almost any club you may frequent, we have decided to list the best house tunes to dance away the summer to. If you listen carefully enough, you will even be able to hear the feint sound of these tracks from the Northampton Gent offices.

First up is one of two rather special remixes. London Grammar’s “Hey Now” had already seen considerable success earlier in the year and the official release was packed full of high quality remixes. Tensnake’s remix however really gives the track a bass driven feel and is definitely an anthem in the making!

Keeping with the chart sensations is this fantastic remix of Lana Del Rey’s first single from her new album “Ultraviolence”. Clever use of the pop star’s haunting voice over a piano laden melodic house track makes this perfect head bobbing and toe tapping material. The completely laid back vibe that weaves through the track helps subtly veil the hidden beauty of this piece that lies underneath.

Fresh from the number 1 hit “Need U”, Duke Dumont is on remix duties for another massive player in the House scene this year, Tensnake. The two house heavyweights of Duke Dumont and Tensnake on one track makes for a match made in heaven and this slab of vocal house is a prime example of how house is able to evoke happiness in listeners. The track features pianos in a big way – coupled with a gorgeous sub bass that grooves along in the background. The result? A deep and soulful feel to a track that already has an exquisite vocal to begin with. It would seem that Duke Dumont can do no wrong at the moment and this track is a testament to that fact.

Duke Dumont – I Got U feat. Jax Jones (MK Remix)

So having already waxed lyrical regarding the enigmatic Duke Dumont and the fabulous 2014 he has been enjoying, it is time to throw another House contender into the ring; MK. MK has remixed artists such as HAIM and Rudimental as well as a residency in Ibiza to boot and thus is no stranger to remixing smash topping hits. “I Got You” already featured heavily in the charts yet MK has managed to inject his own unique sound and style; a sound which we are sure we will be hearing more and more of over the coming months.

It is with a heavy heart this track is featured. The jury is still out amongst MJ fans as to whether it is a good thing that unfinished projects have been released to the public, especially given how much of a perfectionist the King of Pop was. However none of that can hide the fact this is a massive hands in the air, feel good remix that will instantly bring a smile to your face. It is pop with a killer house feel that builds and builds before dropping you into a euphoric, head down stomp. Forget your preconceived notions and enjoy for what it is; 5 minutes of fun.

This track is instantly recognisable and the original mix has been doing the rounds for quite a while now. The remix however, which is almost a trance mix, really gives a true Ibiza feel. The trance elements, the pianos and the breakbeat all mix beautifully, whilst the melodic vocal running throughout is goosebump inducing at every break. This is one that will have you still bouncing around on the dance floor at 3am with your friends and without a single care in the world. Sure, it has an element of cheese to it… and we really do not care.

Where would the list of summer tracks be without a slither of dubstep. Taking another massively played track and remixing it into something wholly new and different, Flume gives this track a whole new dimension and feel. As drum & bass and dubstep became progressively more mainstream over the last couple of years, many predicted that the genre would suffer its demise. And yet here we are. Party destinations across the globe are peppered with dubstep and drum & bass nights. This remix takes a magnificent track and gives it a dirty feel whilst still keeping the fundamental elements from that pay homage to the original classic.

Whether you are on your way to party away in the sun in Ibiza, preparing for this year’s Warehouse Project or looking for some tunes to play at your barbeques or with friends before a night out, these tracks will certainly get people moving. But now we want to hear from you.

What have been your big summer tunes?
Which tracks are your favourites from the list?
Any that you would want to see removed?

Let us know your thoughts below and be sure to enjoy these summer months! 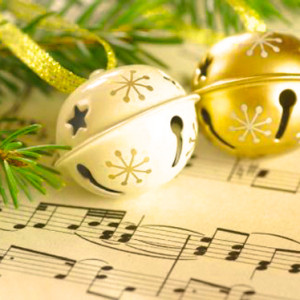