For many a gent out there that grew up in the late 80s and early 90s, this would have been the golden age of video gaming. Now we might have hyper realistic video games with unparalleled graphics, but nothing beats the classics. Super Mario, Pac-Man, Zelda and a whole host of other games and characters made a generation fall in love with pixels and electronic music. There is only one thing we think we love as much as old school 8 bit games, and that is gentlemanly movies. Be it cult classics, actions, thrillers and more, we love nothing more than a good flick. But what do the two have in common we hear you cry?

Well, the very fine folks at CineFix have been merging the two genres and have a laundry list of classic films retold in our beloved 8 bit format. From Fight Club and Clockwork Orange to Forest Gump and Frozen, there is a very strong chance some of your favourite flicks would have been 8 bitted.

With over 40 videos and counting, we have gone through and picked out 5 of our most loved 8 bit cinema videos:

With many a gent locked in to season 5, the Walking Dead has proven season after season to be one of the most shocking, gruesome and utterly beloved television series to have been aired on television in recent years. With no fear of killing of characters, this 8 bit cinema is just part 1 in a series of 8 bit cinema to come for the ‘infectious’ series (see what we did there).

It would be unthinkable to have a Robert Rodriguez film converted into 8 bit and not one from the iconic Mr Tarantino. Known for his ability to create cult classics at the drop of a hat saturated in witty dialogue, we had a hard time choosing between Kill Bill and  Pulp Fiction. It was however, the blonde, Hatori Hanzo wielding samurai that we had to feature, with the soundtrack giving it the edge.

We thought about throwing in many of the quotable lines from the film in some witty way, but then thought ourselves better than that. It is almost impossible to find a gent alive that has not seen Brian de Palma’s 80s classic of Cubans, cocaine and power, and thus only stands to reason that the film that so wonderfully depicted the American dream be immortalised in retro glory. So without further ado; say hello to our 8 bit friend (we are most certainly not better than that.)

What all of CineFix’s 8 bit masterpieces

What do you think gents, are there any films or television shows you think would be brilliant as 8 bit flicks? Comment below and let us know. 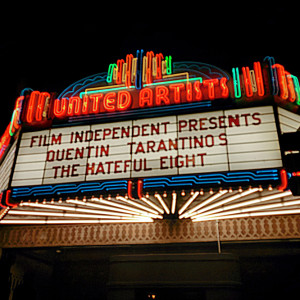 « The Lamplighter – Northampton’s finest free house?
Song of the week: Bitch Better Have My Money »