Premiere of Nyctophobia at The Picturedrome

Gents, before you race off to Wikipedia to find out what ‘Nyctophobia’ is, allow us to save you the trip. Nyctophobia is fear of the dark and importantly, what could happen in the dark. Normally this is suffered by children, however on the 30th of October, local film-maker Andrew Loveridge will have us all reverting back to whimpering infants with the premiere of his new short horror film, Nyctophobia, screening at the Picturedrome. 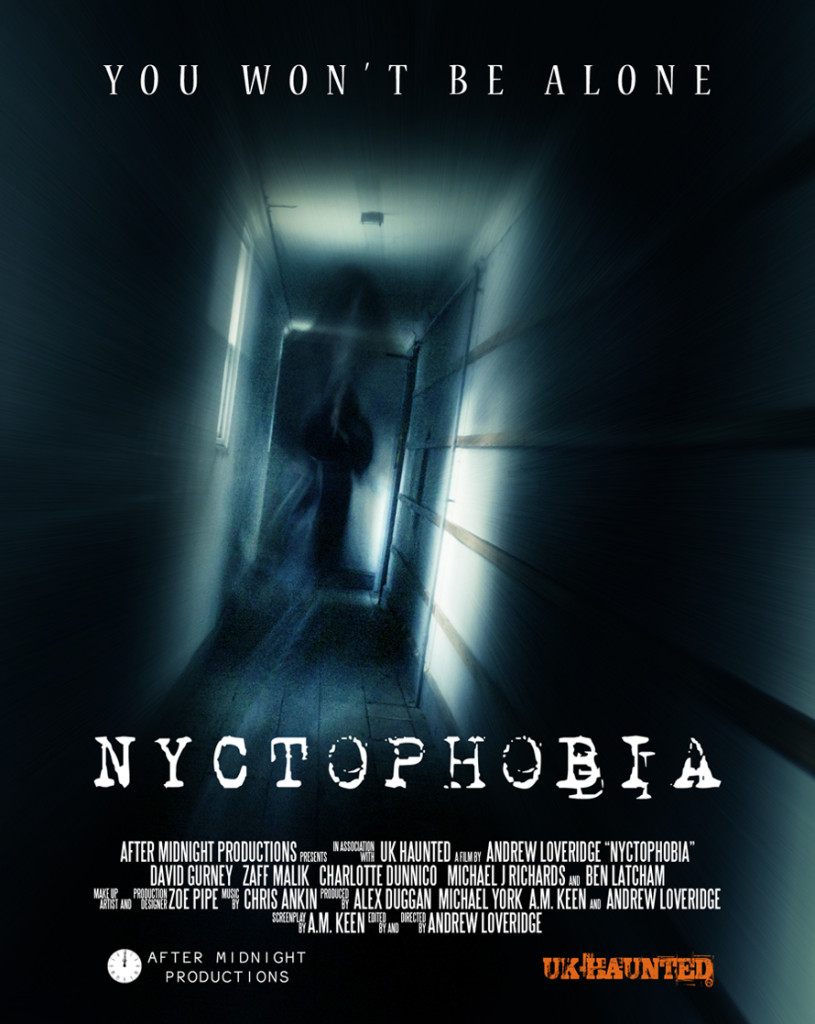 The film is the collaborative effort of local director Andrew Loveridge and award winning local sci-fi and horror writer A.M Keen, who have teamed up to create a classic horror film shot in Northampton’s old town infirmary. The story centres around a desperate thief who is trapped for a night inside a building in order to secure a big score. When things start to become increasingly unnatural as the night progresses, he is left with the decision whether to abandon his heist and the money or ride it out and try to hold on to his sanity.

Andrew was given access to The County Club’s cellars, which acted as the setting for the horror flick. So much was the man’s determination for authenticity as well, he brought in UK Haunted – two Northampton ghost hunters Michael York and Alex Duggan – to bring their expert advise from their experiences searching in the haunted cellars before.

It is safe to say that modern horror films have become somewhat homogeneous and cliche and as the power of visual effects continues to grow, it seems many horror films now rely on inducing scares. Andrew wanted to create something different, and as he put it;

“I wanted to create an old school horror film that was far removed from what everybody else seems to be doing right now. A modern day gothic horror that isn’t full of gore or violence. A film that focuses on building tension and creepiness that doesn’t feel dull or old fashioned. It’s a massive challenge not taking the easy option.”

The film is being premiered at the Picturedrome on the 30th of October and will feature a range of different acts and artists on the night, including screenings of additional locally produced short films, live music performances in a special set by Ned Dylan, a burlesque show and live poetry readings. Tickets cost £5 and the night and there is a Halloween theme so be sure to pull out your scariest costume – no, not socks with sandals; there are limits to the horrors we can endure. With so much happening on the night, it does not seem like a bad way to spend a Thursday night.