“As if by magic the shopkeeper appeared.”

If those words don’t conjure up some form of wonderful childhood nostalgia within you, chances are that ‘Mr Benn’ was a little before your time, you unlucky soul! Unfortunately you missed out on what was one of the most sartorially well dressed cartoon characters of all time. In our age of unbridled unemployment, Mr Benn was one individual that never had trouble finding a new job. The bowler hatted gent found himself in various adventures thanks to his local costume shop and a special changing room. Wizard, cowboy, astronaut and more, it is safe to say that Mr Benn was quite the Renaissance man. Many times we tried to emulate the beloved character, entering our local H&M changing room and donning a suit of armour hoping to be thrust back into an age of knights like Don Quixote. Unfortunately, all we got was some rather strange looks as security carried us out.

So why are we talking about the seventies childhood hero? Well, firstly because Mr Benn remains the depiction of a true gent. Constantly stylish, able to pull of multiple looks and very well travelled. The second reason is that London menswear extraordinaire, Turnbull & Asser, are releasing a very special and limited edition range of pocket squares decorated with scenes from the first ever episode ‘The Red Knight’ which aired in 1971. The quintessentially British tailors have created the pieces ready for the new Spring/Summer collections, giving us the opportunity to inject some bright colours and childhood memories into our outfits.

Woven from pure silk and made in England, the collaborative pieces from Turnbull & Asser and Mr Benn creator David McKee are highly exclusive, with each design limited to a 50 piece run. Each square is priced at £65.00 and only available from Turnbull & Asser. To get your hands on one, you must register your interest with esales@turnbullandasser.co.uk with the pocket squares being released in May. 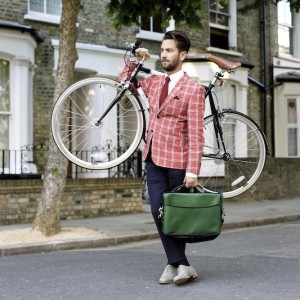 The Northampton Gent’s guide to bracelets