9 Must See Stand-ups in Northampton this Year

2015 is underway and the time has come to start filling those empty diaries with plans for the year ahead. Fortunately this year sees some of best comedians that the UK has to offer visiting the Royal & Derngate and bringing some much appreciated humour to Northampton. Whether you prefer your satire thought provoking and witty or your comedy bizarre and absurd, we have covered all bases covered with the 9 below.

It’s Thursday. The week is almost over and you’ve made it to Thursday. Just one day left but you are flagging. What you need is some laughter to make it through to Friday. If only there was some sort of comedian in Northampton. Oh wait. Following his four sell-out national tours, three DVD releases, Time Out Comedy Award and a Comedy Central special, Andy Parsons’ is one of the UK’s most popular comics in the UK and he is coming to Northampton. Fans of Mock the Week and Live at the Apollo will undoubtedly know about Andy Parsons’ laugh inducing satire which pokes fun out of public and political life. Well worth a visit.

Milton Jones and the Temple of Daft

With his unique deadpan delivery, Milton Jones’ one liners will have you in stitches at this new UK tour, Temple of Daft. Known for his often surrealist humour and the somewhat ‘distinctive’ (our style editor would rather use the word horrendous) shirts, Milton Jones is fast becoming one of the UK’s most popular comics. With his last tour playing to over 100,000 people, the Temple of Daft is set to be bigger, better and dafter than anything he has done before.

Al Murray – One Man, One Guvnor

Our favourite pub landlord is making a grand return to Northampton and bringing a wealth of commonsense with him. Considering he is currently in the throes of a running for election against Nigel Farage in South Thanet – be sure to check out his parties manifesto here – we should feel very lucky that he is bringing his new tour, ‘One Man, One Guvnor’ to Northampton. The Perrier Award winning comedian has spent twenty years bringing The Pub Landlord to UK audiences, with a pint in one hand and a fistful of British thoughts in the other. Our suggestion, grab a pint – or a white wine for the lady – and pay the Guvnor a visit.

With his very close ties to Northampton, it is no surprise that both shows for his Yap, Yap, Yap! tour this May are currently sold out. The wildly popular Alan Carr, best known for his hilarious stand up and his chat show Chatty Man, is returning to Northampton. Having grown up in the town and attended Weston Favell School – also his father was the former Northampton Town F.C Manager – it is likely this show will be something special for Carr and audiences. Whilst tickets are for now sold out, you can add your name to the waiting list and keep your fingers crossed.

As a regular on the UK panel show circuit, including 8 out of 10 Cats, Mock the Week, Never Mind the Buzzcocks, Have I Got News for You, QI and more, there is a very good chance you have seen this Canadian comedian on your screens at some point. She is now touring the UK with her second stand-up tour, bringing her upbeat, witty humour to the Derngate. Expect Ryan to be accurately poking fun out of popular culture in her own, charming way. We couldn’t think of a better way to bring a smile to our faces on a Wednesday evening.

Doc Brown – The Weird Way Round

Doc Brown is a English comedian, rapper, actor, voiceover artist and screenwriter and is somewhat of a renaissance man in UK entertainment industry. Starting off as a successful UK rapper, Doc Brown has performed with Mark Ronson, Amy Winehouse and Lily Allen, before turning his talents to screenwriting, comedy and acting, including cameo appearances on The Inbetweeners and Derek. Combining his rapping talents with his unique observations on life, Doc Brown is somebody truly unique to the comedy genre and most certainly a must see, especially for the younger gentlemen.

No stranger to UK television screens, Reginald D Hunter is a regular at Live at the Apollo, Would I Lie to You and more. Following the success of his sell out Sometimes Even the Devil Tells the Truth show, Reginald’s latest tour looks to be just as unique and witty. With his distinctive background as an African-American from Southern America framing his cutting social observations and satire, Reginald D Hunter’s comedy will have you laughing and thinking in equal measure.

Having been described as Britain’s “favourite Irishman”, Dara O Briain has been the long time host of the hilarious topical panel show; Mock the Week and The Apprentice: You’re Fired, as well as appearing on other well known shows QI, Live at the Apollo and more. On top of his television success, O Briain has also successfully toured the UK with his charming stand-up which he is bringing back to audiences after a three year hiatus. Crowd Tickler is set to be his magnum opus in his stand up career, with the Irish comedian quitting as host of Apprentice: Your Fired to focus on the tour.

With hilarious anecdotes and side splitting audience interactions, Crowd Tickler is one show not to be missed.

Not known for pulling any punches, Jimmy Carr’s abrasive comedy can be slightly like marmite. Hate him or love him however, the 8 out of 10 Cats presenter is bringing his uncompromising comedy back to Northampton with his show Funny Business. The multi award winning comedian will be touching on topical issues including Oscar Pistorius and the Malaysian missing flight which will leave you laughing and gasping from start to finish. 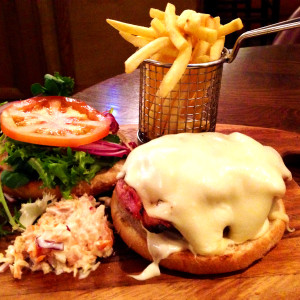 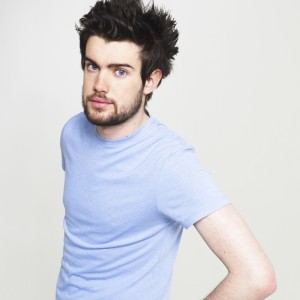 Jack Whitehall live at the Royal & Derngate in March

« Akira playing at the Errol Flynn Filmhouse
The Gent’s Song of the Week: Empty Nesters »