So, you come into the Errol Flynn Filmhouse on this, the day of my daughter’s wedding. Sorry, we mean Easter Monday (we got a bit caught up). The Errol Flynn Filmhouse has an offer which you cannot refuse. Well, that is not entirely true, you are well within your rights to refuse, but it is most certainly an offer you cannot refuse easily. For you see, Easter is a time to be spent with family and what better family is there to spend time with the Corleone’s; everyone’s favourite Italian American Mafia family. The Errol Flynn Filmhouse is showing all three classic films back to back over Easter Monday. Could you not go? Sure, but we have been advised never to side against the Family, so it could be unwise.

Chances are there isn’t a gentleman alive out there that does not know what ‘The Godfather’ is, however in case for some bizarre and unknown reason you do not, we will fill you in. ‘The Godfather’ trilogy is based on Mario Puzo’s novel of the same name released in 1969. Puzo’s novel sold over 21 million copies and became embedded in American pop culture, greatly influencing not only The Godfather series but also many popular gangster films, books and television shows in subsequent years.

Directed by Francis Ford Coppola, the film series follows the Corleone Mafia family’s crime fuelled history from their Sicilian homeland to the United States. Coppola’s first film introduces a young Michael Corleone (Al Pacino) as he struggles to keep himself out of the family business. But when business turns sour and an incident occurs with Michael’s father, the illustrious Godfather Don Vito (Marlon Brando), Michael finds himself descending into a life of crime, vengeance and power. Often referred to as one of the greatest films in world cinema and defining the gangster genre, this masterpiece collected 11 academy awards and featured career-defining performances from Pacino and James Caan whilst reviving Brando’s flagging career. 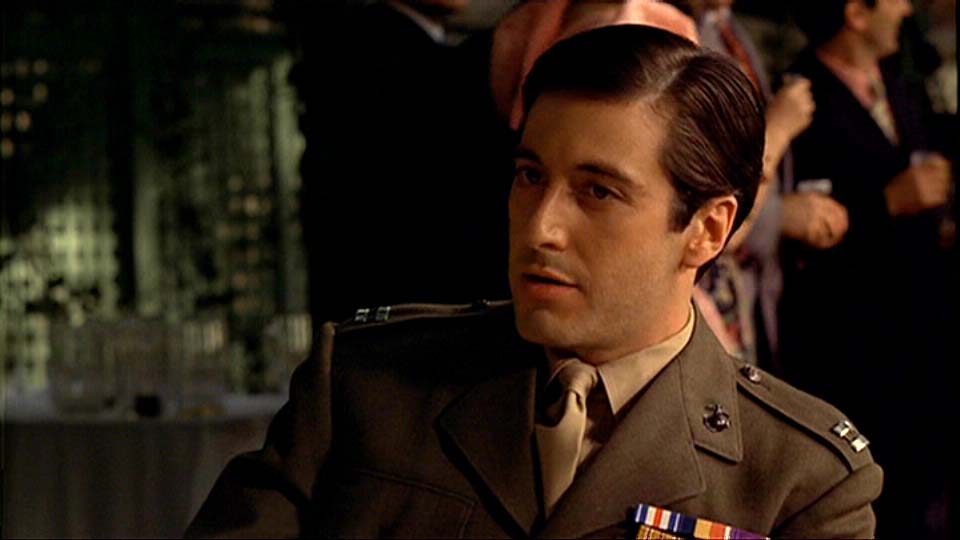 The Godfather part II was released two years after the original and took a different approach and direction to that of its predecessor. As much a prequel as a sequel, Coppola’s second film features a young Vito Corleone (Robert De Niro) as he carves a brutal path to power in New York. Simultaneously, the story continues Michael’s journey as he struggles to resolve his father’s ideals in amongst all the greed, danger and treachery from those around him. Often heard as the counter argument to the question “name a sequel better than the original”, the film garnered a host of awards, including winning six Oscars. Whether it is superior to the original is a question that is open to debate as both films are so close to perfection, but it is undoubtedly one of the most heart-rending films to appear on the silver screen, with a masterfully told tale of grief, loss and loneliness.

Unlike part I and II, The Godfather part III was released in 1990 and is the final instalment of the trilogy. Still focusing on Michael, the film centres on his guilt and desire to legitimise his empire whilst making amends for his previous actions. The story is heavily influenced from many scandals and events that had occurred over the years, including the 1978 death of Pope John Paul I and the banking scandal of 1981-82 which the Vatican was heavily involved in. Whilst not held in such high acclaim as part I or II, part III is still fraught with violence and tragedy that The Godfather is known for and most certainly worth watching simply to find out how this epic tale ends.

Can you think of a better way to spend an Easter Monday than watching one of Tinseltown’s greatest trilogies in the comfort of the Errol Flynn (check our Errol Flynn review if you’ve never been)? If you have never seen the trilogy, then it is almost essential that you go. Each film is powerful in its own way and cited so much in popular culture that having not seen them will mean a lifetime of pop culture references going over your head. For those gents who have seen it, see it again. The films are so magnificent in their execution and teeming with so many quotable lines that they deserved to be seen time and time again, especially in the comfort of the Errol Flynn’s leather chairs and a craft beer; unfortunately there are no connolis.

Each film costs £7.50 individually or a concession ticket for all three films is available for £18/£15 and the first film begins at 11am. If we were you, we would go for the concession ticket. Once you have seen the first one, it will be impossible to leave. Sure, you may try to leave but just when you think you are out, Coppola’s compelling storytelling will pull you back in. Brando, Pacino, De Niro, orange peels and horse heads, it really has got everything a gentleman needs.

Tickets can be purchased from the Errol Flynn Filmhouse: www.errolflynnfilmhouse.com
Special concession tickets available from the Box Office on 01604 624811