The definition of a renaissance man is that of a man with many talents and after taking stock of the wide range of skills possessed byDonald Glover – aka Childish Gambino – this description seems somewhat fitting. It is safe to say that the writer, actor, comedian, producer, singer, songwriter and rapper is not short of strings to his bow, but how has he performed on his latest studio album Because the Internet?

In an era where lyricism is making a return to the hip-hop genre, Childish Gambino’s 2011 album Camp, failed to keep the rapper in contention with other hip-hop newcomers such as Earl Sweatshirt, Big K.R.I.T and Kendrick Lamar. Camp’s artistic approach to examining social issues and battling the artist’s personal insecurities meant that the album did manage to carve out a niche in a somewhat saturated scene.

Despite Gambino’s honest and insightful rhymes, Camp highlighted amateur tendencies that reinforced to us that Childish Gambino is more than just a rapper. In fact, the talented Donald Glover is a well established writer/actor/comedian and is still yet to find his feet as a rapper. In an attempt to be taken seriously as a musician, Gambino returns from his ambitious Camp album and feature heavy Royalty mixtape and delivers his second studio album, Because the Internet; a conceptual album that tackles modern technology and specifically the internet and its effects on this generation.

Similar to Kid Cudi’s Man on the Moon album, Because the Internet is structured as if it was a play with the interludes separating the acts and songs serving as its scenes. The concept of the album is made apparent on the second the track WORLDSTAR, where Gambino explores alarming scenarios of people recording videos of dangerous pranks, explicit dances, fights and even shootouts with the intention of them being featured on the social media website Worldstarhiphop.com.

Gambino raps in the mindset of those taking the videos by performing over a trap inspired beat, with the production softening towards the end with the addition of a Rhodes and a sax solo for a jazz feel. The contrast between the trap and jazz sections of the beat is well executed, however feels unnecessary and confuses the harsh subject matter with soft instrumentation. The braggadocios opening track Crawl, helps build the image of one of these misguided individuals with drug and gang references over a distorted beat, while Gambino displays his witty sense of humour, with lines such as: “Elle Varner, got a crush on her, I gotta wait in line for that, Ain’t nobody got time for that”.

Dial Up is a brief instrumental interlude leading into the track The Worst Guys that features a short and sweet cameo from Chance the Rapper. The Worst Guys shows Gambino at his most charismatic on the album, exploiting unorthodox pronunciation and exaggerating his words to engage the listener over the bouncing backing track.

Shadows tells of an infatuated male trying to court a female over sugary sweet guitar riffs and rare groove sounding drums, until abruptly breaking into a rocky, head knocking instrumental. The male then claims: “and, I hope you understand, we were never friends” showing his frustration and that the only relationship he wants with the women is a romantic one. Once again Gambino reveals his artistry through the progression on this track.

Telegraph Ave (“Oakland By Lloyd”) is a one of the highlights on this album. Gambino sings the first verse and raps the second, using a formula that Drake made popular. Although there isn’t much substance behind the track, it sure is catchy. The infectious lead single from the album, 3005, uses sounds that resemble popular 90’s video games such as Mario. At face value this is a party friendly song, however beneath the surface Gambino explores serious concepts with, questioning his mortality in this internet age and pondering if he’ll be remembered in the year 3005.

Sweatpants features an impressive lyrical display and shows off Gambino’s improved rapping ability. Unfortunately the song is a quickly forgettable, with the track sounding dated due to the use of a recycled flow that has been passed around the rap scene for the last couple of years.

Playing around before the Party Starts is another brief interlude; this time a gloomy and dark piano composition with light chatter in the background. The Party takes us through the events of Gambino’s party on a short, funky, bass driven instrumental. The party is described as what you would imagine of a typical celebrity get together until the script gets flipped and Gambino breaks down yelling “get the f*** out my house”, leading into the somewhat psychotic No Exit.

It’s hard to tell if Gambino is experimenting with different song material or is genuinely rebelling against his celebrity status and battle of popularity over being a self proclaimed loner. Regardless, it makes for interesting music.

Put bluntly, Flight of the Navigator is Childish Gambino’s best Frank Ocean impression and whilst it is a valiant attempt, it doesn’t quite work. The track has a tendency to drag on and becomes more painful over the duration. Urn on the other hand, should be longer; delivering a warmth and soulfulness on the album that was missing up until this point and vanishes all too quickly. Zealots of Stockholm (Free Information) demonstrates the best production on this album; laying pitched vocals over spacey pads that dramatically change into disturbing synths and grainy 808’s, before returning to its original calmness when Gambino drops an outstanding introspective verse which is arguably his best. This track is not perfect however, with its disjointedness and drastic changes make it a challenging listen.

Earth: The Oldest Computer continues the internet and mortality theme featured on previous tracks but fails as a song because of the corny uptempo beat that is more fitting for the Black Eyed Peas rather than Gambino’s elementary rhyme patterns. The Finale, Life: The Biggest Troll, makes up for the previous track and brings the album to an almighty crescendo, with Gambino effortlessly changing pace and intensity to match the beat, revealing sounds from the latest Tron movie. After almost four minutes of continuous rapping Gambino manages to keep drawing us into the song until the song suddenly cuts of mid sentence. An appropriate ending to the album, playing on the title of the final track and effectively trolling the listener.

Because the Internet is as much a battle between Childish Gambino’s inner demons as it is about the effects of new technologies on this generation. The album is experimental and the songs manage to complement and feed off each other, something which is uncommon in many contemporary Hiphop albums. Gambino is fearless in his subject matter but when he isn’t rapping about anything of importance, he loses his way and reels of cheesy punchlines that can distract from how good the songs can be. The tail end of the album is by far more innovative and interesting; however some of the songs are too short ranging from one to two minutes long. Overall Gambino solidifies himself as fully fledged musician, displaying an impressive array of album production, improved rapping and song writing. It is an album that must be revisited time and time again and has something for everybody.

How do you feel about Because Of The Internet? Is the production too experimental? Does Childish Gambino fail to impress as a rapper? Leave us a comment and tell us how you feel. 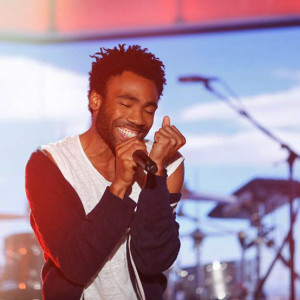 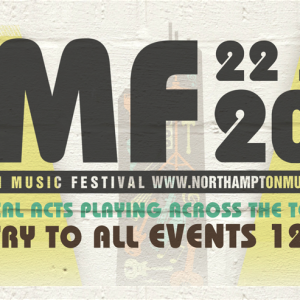