So our search has begun for Northampton’s best burger.

The first stop of this arduous and artery clogging journey was Franks Hamburger House. Based a brief stroll away from Franks Steakhouse, their sister company, Franks Hamburger House opened its doors in May 2012 and since that time has gained a reputation in Northampton for being able to craft a fine burger. With such a reputation it seemed only natural our culinary journey should start there. 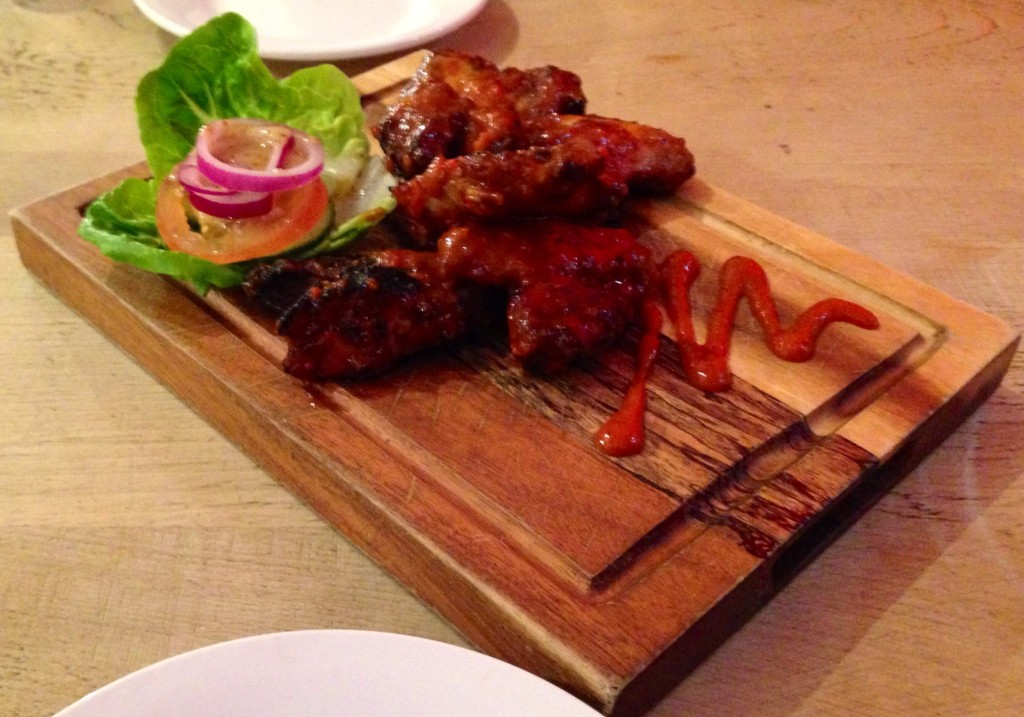 We started with the ‘Chicken Wings with Franks Spicy Jalapeno Sauce’ to share. As gentlemen we accept no half measures and are all too often disappointed when we see the term ‘spicy’ on a menu yet fail to register even the slightest tingle on our tongues. Fortunately the sticky, fiery sauce packed a punch, urging us to wash it all down with Franks Steakhouse Ale. This beer was produced locally by Nobby’s Brewery in Northamptonshire with the soul intention of being beefs ideal bed partner and was delicious with the meal. The tender wings were a fine start but we had to maintain our focus. We were there for one reason and one reason only, the burger.

Franks Hamburger House has a wide selection of burgers to choose from so after a time of deliberation we settled on the Swashbuckler from their recommendations list. 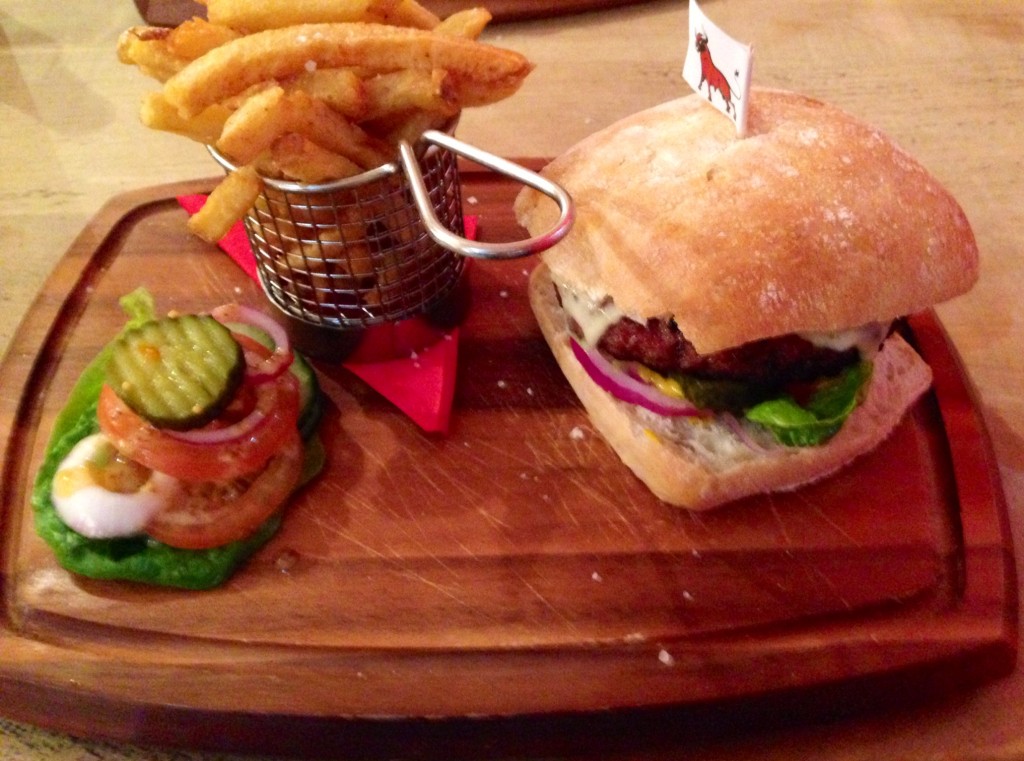 The main feature of the Swashbuckler was the patty. Juicy, chunky without being greasy, the beefy flavour was wonderfully enhanced by the charcoal cooker used to grill the locally sourced beef. It is clear that the expertise in beef that Franks Steakhouse is known for has been carried across to their Hamburger House. As can be the case with some burgers, the toppings can start to fight and compete with each other, fortunately this was not case. The red onions added a level of crispness to the burger which complimented the soft meat; the pickles added a refreshing sour tang and the fries were crispy and moreish. Unfortunately slightly more sauce could have helped with the dryness of the ciabatta bun whilst the mixed leaves did not add or subtract from the overall experience.

Overall, the winning feature of the Swashbuckler was the patty with its wonderfully cooked and flavourful beef. The toppings complimented the burger but did not add much to the overall experience whilst the slight dryness of ciabatta bun meant more sauce would have been a welcome addition. Franks deserves special mention for their dedication to sourcing high quality local ingredients which becomes apparent once you sink your teeth into the meat. It was a good burger to start off the journey but unfortunately not a burger able of turning a refined gent into a meat crazed troglodyte. To be frank (we had to throw that in somewhere) we will most certainly be visiting Franks Hamburger House again.